As a trainer at D-Tools, I travel all over the country and world to help our users most effectively implement and use SIX. When traveling internationally, I often hear comments/complaints about SIX to the tune of “well this is an American product and not really designed for other countries”. I want to dispel that myth. We listen to our users and we build new functionality with each release to make your job easier, no matter where you are on this great planet of ours. Here are some facts/tips about SIX for our international users to help you work more effectively.

Yes, when you download Products from D-Tools, the MSRP (Manufacturer’s Suggested Retail Price) will always be in U.S. dollars. Let’s face it, even if you receive price sheets directly from the manufacturer, the pricing will likely be in U.S. dollars. We have a very effective function in SIX to convert the MSRP to your local currency price called Price Rules. Simply create a Price Rule in SIX that calculates the MSRP field based off of the existing MSRP field times a conversion rate. After converting, then you can set your Unit Cost and Unit Price based off the converted MSRP. An example of a Price Rule formula is shown below:

Often our international clients deal with multiple currencies. For example, they might want to do some projects in Pound Sterling and others in the Euro. While you could use Price Types to have multiple currencies for Products, we have a great new few feature called Foreign Currency that will allow you to, in this example, set all pricing in your SIX Catalog to Pound Sterling, but when you run reports for a Project (most likely a Proposal report), you can convert all pricing (and currency symbol) to the Euro. This only affects the report and does not change any pricing within the Project. All pricing is fictional in the example below:

All reports in SIX are designed to print on 8.5″ x 11″ paper. In the past, this meant that international users would need to create a custom report for every stock report in SIX that they wanted run on A4 paper size to avoid blank pages when printed. In SIX 2013 we introduced a new Report Setting that will allow you to easily set all reports to print properly to A4 paper.

I am reminded of one of the times I went to a Scottish Festival down in Florida with a Scottish friend of mine. One of the food vendors had a sign that said “English Spoken…American Understood”. Slightly humbling…slightly. While I fully believe the proper spelling is “Labor”, many of our users spell it “Labour”. <- Side note: you can’t see it but in this medium I am using to write this, “Labour” showed up with the dreaded red line under it…just saying. Enough of my rambling…

We use the word “Labor” on many reports in SIX. There is a Report Setting that you can use to change the spelling/word to fit your dialect:

Taxes…one of the few guarantees in life. We also have Report Settings that will allow you to change the wording from “Sales Tax” to whatever you want, e.g. VAT or HST.

I hope this helps out our users that are far and abroad. If there is anything else you find we are lacking for the international market, don’t hesitate to contact me directly: senos@d-tools.com 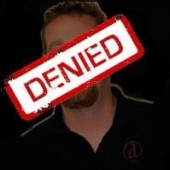