Prior to the release of SI2017, the automatic backups only stored the very last daily automatic backup, which always had to overwrite the backup created the day before. The problem with the “one-day” automatic backup was that, if the problem had occurred on Friday, and not seeing until Monday, you could only go back to Sunday, which was not a useful backup anymore.

To resolve this, we added a special naming convention for automatic backup: “SIServerBackup_Auto_DateTimeStamp.zip”.  In the automatic backup mode, we now delete anything more than the last  7 backups, so you don’t run out of storage while have the ability to restore back to week earlier.  Please note the number of days is not be configurable for now. We are working on making this configurable on a future release.

In this first release of SI 2017, the automatic backup code (/b switch) will create backups with name = “SIServerBackup_Auto_DateTimeStamp.zip” and keep the last 7 backups only, as shown below: 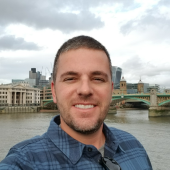 Eduardo is an enthusiastic member of our Product (Integrations) and Professional Services team. He holds a Masters in Software Engineering and a Computer Science Degree from Kennesaw State University. For the AV industry, Eduardo is a certified Control4 Programmer. He has joined D-Tools in 2012 and works as the API Integrations & Implementation Solutions Manager. Eduardo proudly serves in the Utah National Guard as a Signal Officer. On his spare time, he enjoys flying airplanes (both model and full-scale aircraft). He is an FAA certified Private and Drone Pilot.